There is a lot more than you might expect that goes into building a “simple” single-track trail.

Our focus is on building “sustainable” trails. Sustainability means something to different to everyone depending on the context in which you use it. For us, it means building trails that require as little maintenance as possible once they’re built. Ideally, these trails will need no further work to keep them open, except for clearing the odd fallen tree.

In the beginning, you sit down with a giant topographical map and lay out your basic loop structure. You decide on way-points and pencil in loops starting with the easiest near the most likely starting point and gradually increasing the level of difficulty as you get farther from the trail head.

Next, you walk through the woods and start sketching in attractive possibilities. Sometimes you find a really pretty tree or other feature that you really want your trail users to see. This process generally begins months or even years in advance of the actual building.

Commonly known as “corridor flagging”, it can be done in the dead of winter. It involves tying bits of coloured flagging ribbon to trees to define a general route for a trail. You work with the topography of the land (as opposed to against it) to develop what are known as “contour” trails. The idea is to keep water “shedding” across the grade and away from the tread.

Different difficulty levels allow you to work within different average grades.  Beginner trails shouldn’t exceed 5% average grade either up or down. Intermediate trails are generally limited to 10%. Advanced trails can often go beyond 15%.

All this is dependent on the the half rule. Simply stated, no trail grade should exceed half of its side-slope grade. While that sounds complicated, it’s not. We use clinometers to double-check our work; if a trail looks too steep, it probably is.

Here’s a picture of a trail I flagged almost two years ago.

It may be tough to see but there are little dots of orange in there that show you the way through the brush.

Once built, a proper trail will look like it’s been there forever. Here’s a picture of the trail just ahead of the section shown above. It’s only two weeks old but it already looks like it belongs where it is. 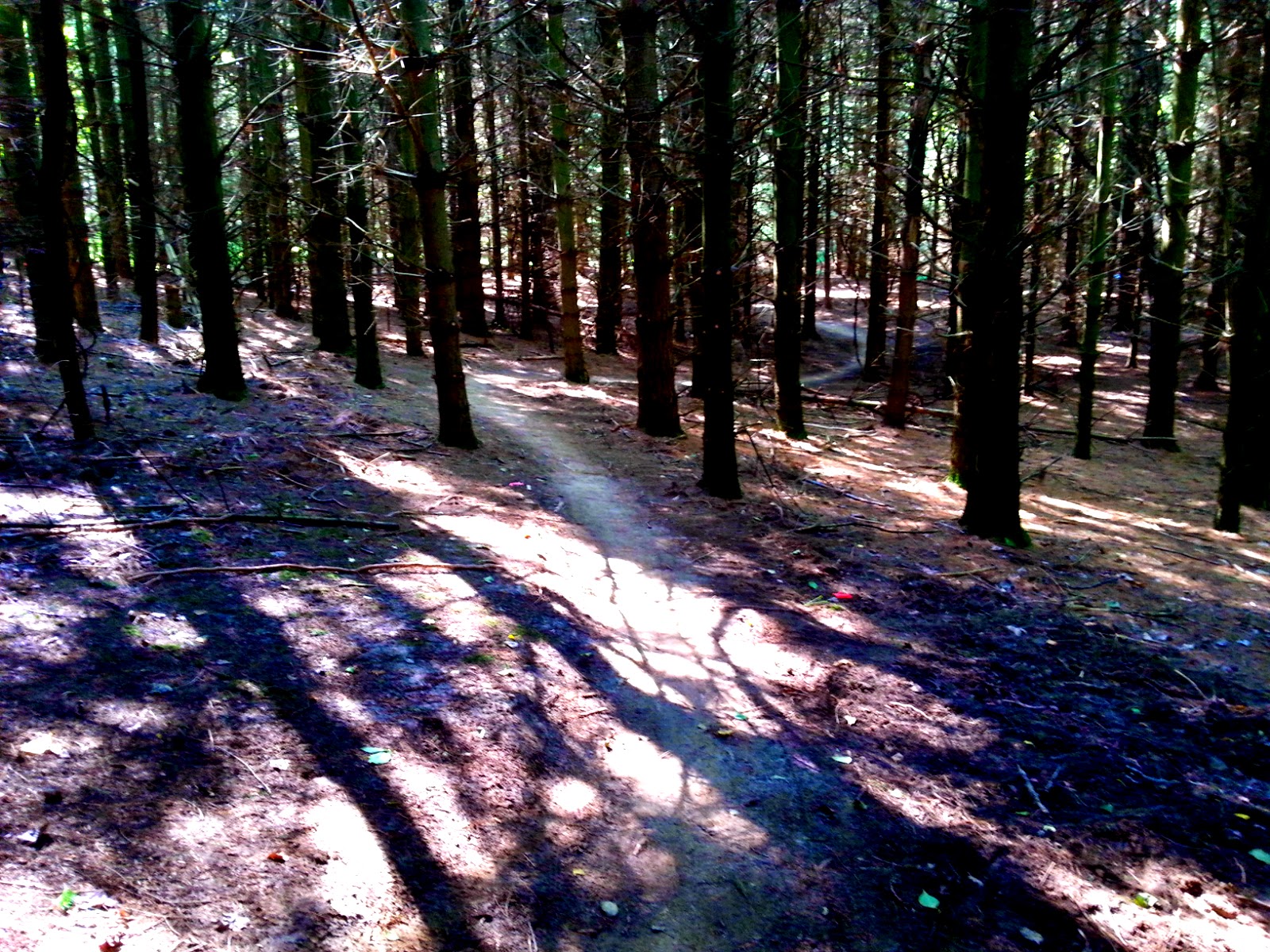 This is an extract from Marc Risdale’s blog in which he is campaigning for Dundas Councillor. We will keep political stuff off this site, but try to re-post the parts that are about trail building.

For a discussion of how the trails came to be, look here: http://marcrisdale.blogspot.ca/2014/07/the-power-of-idea.html